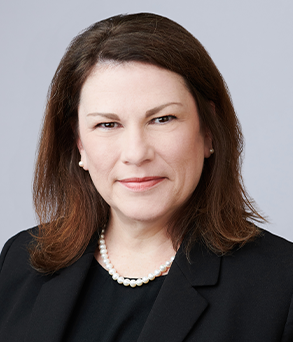 Elizabeth A. Gallenagh, Esq., is the Senior Vice President, Government Affairs and General Counsel for HDA. She is responsible for overseeing federal and state advocacy on behalf of HDA member companies and is the organization’s chief in-house attorney. Additionally, she serves as HDA’s primary expert on prescription drug traceability, distributor licensure and tax issues.

Since joining HDA in 2003, Ms. Gallenagh led the Alliance's industry-wide efforts to replace a 50-state patchwork of pedigree laws with one national traceability solution, which became a reality through the enactment of Title II of the Drug Quality and Security Act in November 2013. In 2014, she was honored by the industry with the Distribution Management Award for Industry Leadership, which honors an individual who has exhibited the highest standards of honesty and integrity, working to enhance industry relations and knowledge, as well as supply chain efficiency and security.

Gallenagh holds a JD from the George Mason University School of Law and a BA from The George Washington University.