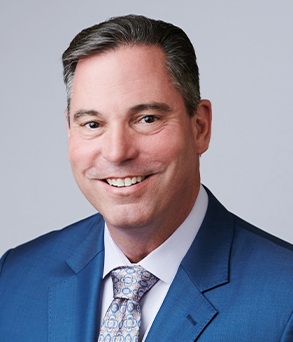 Chester “Chip” Davis, Jr., JD, is the President and Chief Executive Officer of HDA and President of the HDA Research Foundation. Mr. Davis joined HDA in March 2020 from the Association for Accessible Medicines
(AAM), the nation’s leading trade association for manufacturers of generic and biosimilar medicines, where he served as President and Chief Executive Officer since 2015. Mr. Davis oversees HDA’s day-to-day operations and is responsible for ensuring that the organization’s members have a strong advocacy voice in legislation, regulation and policy.
Prior to AAM, Mr. Davis held leadership roles at the Pharmaceutical Research and Manufacturers of America and AstraZeneca, where in 2007 he was recognized as one of the inaugural winners of the CEO Leadership Award.
Mr. Davis earned an undergraduate degree in Accounting from the University of Delaware, and a Juris Doctor from the University of Baltimore School of Law.